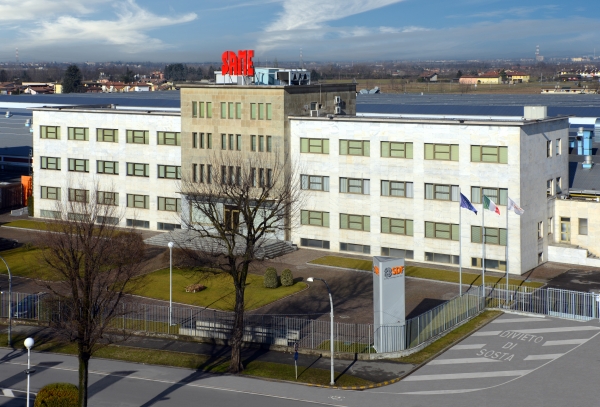 In a year when the start of the new DEUTZ-FAHR Land plant in Lauingen, Germany, and the new AGV assembly lines and the new painting plant in Treviglio, Italy, strongly affected production capacity up to April, SDF was still able to maintain its turnover and profitability in line with recent years.

In a generally stable European market with the Mediterranean countries showing signs of being more active, SDF reported growth of 2.3%. On the other hand, 2017 proved to be a difficult year for business operations in China and Turkey due to external factors that had a negative impact on the contribution of these markets to the Group's consolidated result, with a 6% decrease in turnover and -13% in EBITDA. In China, the reduction in government subsidies generated a market drop of more than 30%, while in Turkey, in January 2017, protectionist measures were introduced that severely penalised both the margins and volumes of our sales. Very good results were achieved by the subsidiary in India, which closed 2017 with a 75% increase in units sold compared to the previous year, and by the Grégoire grape harvesters produced in France, thus consolidating another year of growth with an increase in turnover of 12%. Finally, in a harvester market which declined 8%, DEUTZ-FAHR combines recorded 11% sales growth.

“2017 for us,” says Lodovico Bussolati, SDF Chief Executive Officer, “was perhaps the most important year in the recent past in terms of change and consolidation. Considering the initial difficulties, we reacted with determination with changes that allowed us to achieve higher results in the second half of the year compared to the same period of the previous year and to close the year with figures near those of 2016.”